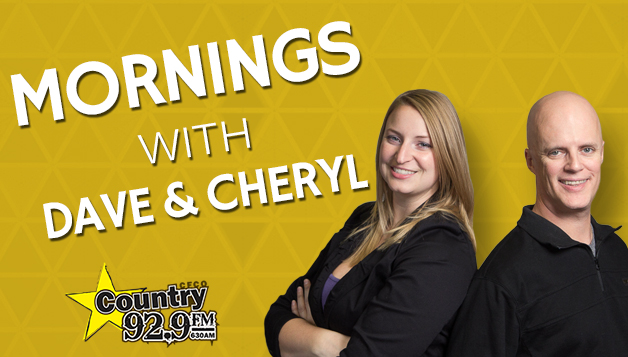 Well here’s a new one.  A woman in Richmond, Virginia says someone stole her SIDEWALK.  It sounds like a construction crew went to the wrong address and ripped out the sidewalk next to her home.  Now she’s hoping they’ll come forward and fix it.

Police in Mesa, Arizona say five-year-old Charlie called 9-1-1 and said, “Hi, is this McDonald’s?” A dispatcher responded back with, “No, this is the Mesa Police Department. Do you have an emergency?” Charlie answered with, “Can I get one Mc-Happy Meal?” and then quickly hung up. Police did a follow-up call and talked to Charlie’s dad, who ensured them there was no emergency. Due to protocol, an officer had to swing by their house for a wellness check, and he brought Charlie his Happy Meal. The officer also had a chat with Charlie about when it’s appropriate to            call 9-1-1.

HBO is green-lighting a new “Game of Thrones” prequel after reportedly cancelling another that starred Naomi Watts. They announced that it’s given a 10-episode order to “House of the Dragon,” set 300 years before the original series that ended its eight-season run in May. The prequel is based on George R.R. Martin’s “Fire & Blood”.

Disney CEO Bob Iger was a guest on Kimmel and he says that actor Tom Holland is partly to thank for the continuation of “Spider-Man” movies.  He says after his passionate conversation with Tom, he made amends with Sony to make sure the movie “Spider-Man: Far From Home” got made.

Phil Vassar went to Number One on the Billboard chart with “In A Real Love” in 2004.

Steve Morrow had no idea what he was getting into when he put in a peculiar bid on the New Zealand auction site Trade Me.

The sale was for “one 1000” hens, The ad also read, “As a matter of urgency we need to move approximately 1000 hens.” A small free-range egg farm was closing down and needed to re-home its birds. Morrow thought the auction winner would be allowed to take as many hens as he or she pleased, but that’s not how it worked. “When the auction closed, I thought ‘this is great’, I could take as many birds as I wanted,” Morrow said. “But when I spoke to the man and he said it was for 1000 hens … holy moly, I was stunned, I can tell you that.”

Morrow said the wording of the ad was “confusing,” but the seller, Matthew Blomfield, didn’t agree. He thought the ad, which mentioned 1000 hens three times, was clear. “It’s pretty bloody hard to get that wrong,” he said.

Now Morrow, the maybe-not-so-proud owner of a 1000 hens, is trying to find homes for the birds, and appears to be making significant progress. After he posted about the incident on social media, at least 700 of the hens reportedly have new homes lined up.

Morrow is keeping 20 for himself. So that leaves only about 280 hens still in need of new owners.

9-year old Carter Dery of Thorold, Ontario lives with a genetic condition that’s so rare, doctors don’t even have a name for it. By the time he was 9, he’d already had 15 surgeries.

This Halloween, all Carter wanted was to dress up as a football player. But suddenly, everything changed. Doctors found another cyst.

They scheduled surgery for – you guessed it – October 31.Carter was devastated. But that’s when things got Canadian.

A family friend went online and asked neighbors if Carter could knock on their doors a day earlier, on October 30th, so he could still go Trick-or-Treating.

One said yes. Then two. Then a whole street. Then within a few hours, literally HUNDREDS of people.ll for a 9-year old kid that they’d never met.

There was no way Carter could visit all those homes. So they came up with Plan B.

A local banquet hall turned their parking lot into a kind of Carter’s Halloween Extravaganza. Carter is a big fan of the Hamilton Tiger Cats and one of their players showed up and invited him to the Grey Cup!

And here’s the kicker. When Carter found out about all this, the first thing he said was “mom, I won’t be able to finish all that candy.” So on Halloween day, before his surgery, he went door-to-door to all the other patients in the hospital and giving out his candy. Some of them are kids, like himself, who couldn’t go Trick or Treating either. That’s the thing about goodness. It spreads.

Some people can recognize a tune in the blink of an eye, new research suggests.

The human brain can identify a familiar song in as little as a tenth of a second, scientists say, highlighting the deep hold our favorite songs have on our memory.

Researchers found the human brain recognized familiar tunes from 100 milliseconds (one tenth of a second) of sound onset, with the average recognition time between 100ms and 300ms.

It takes around 300 milliseconds for the human eye to blink.

WHAT SIZE BED DO YOU SLEEP ON?
An on-going, online poll of over 1,600 people shows what size bed people say they sleep on:

THERE’S A NAP FOR THAT:
A new business in midtown Toronto might turn out to be the sleeper hit of the Christmas season. “Nap it Up” is a studio that invites its patrons to drop in and…drop out.

Its aim is to provide some peace and quiet to busy Torontonians who feel the need to slow down and enjoy a little shut eye.

“Nap It Up” is the brainchild of Mehzabeen Rahman and her husband, who say they were both finding it hard to stay awake throughout the day.

Starting at $10, mid-day sleepers can rent a bed for 25, 55, or 85 minutes—and the Rahmans have left nothing to chance in trying to make it the perfect place to pass out.

The 13-bed space is designed with a focus on privacy, and heavy curtains separate each of the beds. The studio offers sleepers an eye mask as well as a lockbox for their valuables.

When customers wake up, there’s water waiting, along with mints and a mirror. And yes, sheets are changed after each use.

Luke Combs is not a big spender despite his massive success over the past couple of years, but he’s a very generous guy. Rather than spend his money on fancy vacations and flashy cars, Luke has invested some of it in his parents. He tells us: [“I helped both my parents retire within the last year, which has been a really amazing experience, and that decision was solely predicated off being able to spend more time with my parents as they get older, so watching that happen has not only been a joy for me but a great way for them to have the financial freedom and the ability to come out and experience some of these awesome things that I get to do right by my side, which is . . . I wouldn’t trade it for anything.”]

Luke’s new album, What You See Is What You Get, will be released on November 8th

A new variety special hosted by Brad Paisley called Brad Paisley Thinks He’s Special is set to air on Tuesday, Dec. 3rd at 8 p.m. ET on ABC. The show will spotlight the energy of Music City from Nashville’s War Memorial Auditorium through a combination of Brad’s humor, unexpected surprises, and musical performances.

He now holds the record for a headlining country artist in all of the European venues played on this tour.

BACON BROTHERS LIVE AT THE OPRY

“Live at the Opry” released video of THE BACON BROTHERS performing  THE WAY WE LOVE“.  There’s a lot MICHAEL BACON playing guitar and singing . . . and a good amount of KEVIN BACON on backing vocals and harmonica.  It’s from their Opry appearance last month