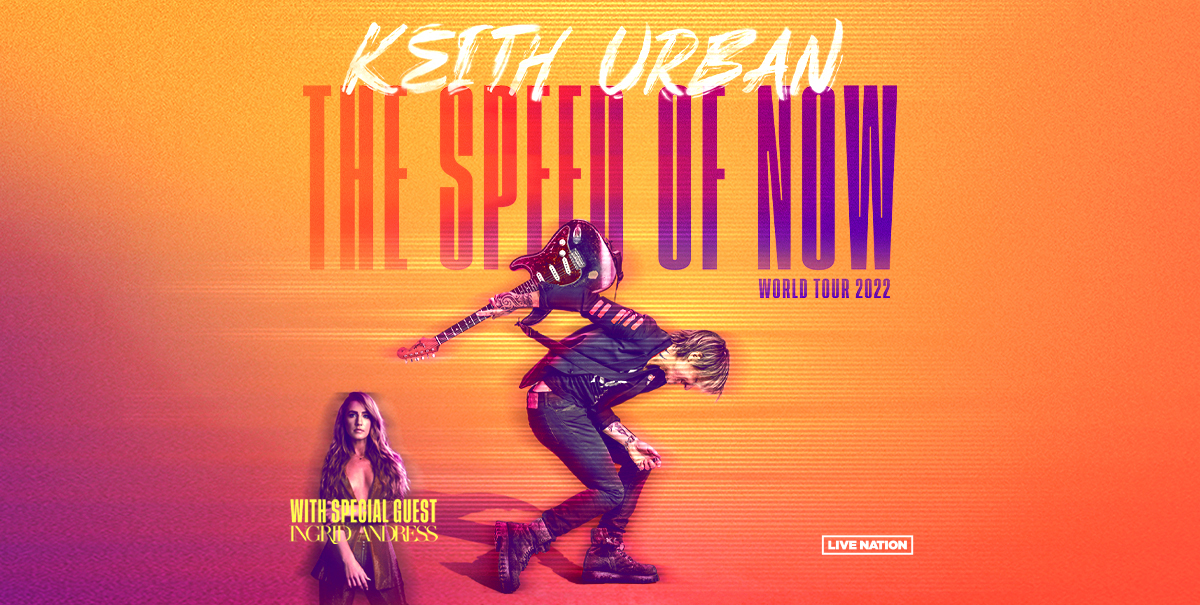 After a two-year wait due to Covid, Keith Urban has announced his The Speed of Now World Tour set for the summer of 2022.

This will be Keith’s first World Tour in four years, with 50 dates added to the previously announced concerts in Australia, Germany, Netherlands and the U.K.

Ingrid Andress will join Keith on the North American leg of the tour which includes stops in Toronto at Budweiser Stage on July 8th and 9th, and in Detroit at the DTE Energy Music Theatre on August 26th.

“Every night is the first time we’ve played these songs for that audience, in that moment. It’s why every show is different – spontaneous and unpredictable – even for us! After two years we’re finally gonna get the chance to play some of the new songs we haven’t done live before. We’ll throw in a bunch of the songs that everyone comes to hear, a couple of which we’ll rework a bit, and it’s really gonna be tough to get us off the stage.”

Keith has also added three dates — May 27th, 28th and 29th — to his Keith Urban Live – Las Vegas residency at The Colosseum at Caesars Palace in Las Vegas. Tickets for those shows go on sale on December 10th at 10 a.m. PT via Ticketmaster.

In other Keith news, he surprised students at Hillwood High School in Nashville on Tuesday, November 30th and met with the school’s Rock Band, Orchestra, Choir and Band programs on behalf of the CMA Foundation.

Keith hosted a Q&A session that discussed, amongst other things, songwriting, performing and the music industry. In addition to offering students tips and words of encouragement to further their music education,

Keith was treated to two student performances in preparation for their winter concerts, one from the school’s Rock Band and the other from its String Orchestra, which performed his hit “Wasted Time.”